I’m working on another podcast about the marriage novel this week, along with segments of Episode 20 in The Pit…

The main thing I’m having trouble with is expressing the horrors and sadness I encountered when finally reaching Barnabas/Maggie fans. People have surely mistaken my bouts of anger over the years to mean that I am “the biggest fan” of this pairing. I’m not sure that I am, frankly! The outrage from me comes from several issues like the simple understanding of what is a canon romance and what is a non-canon romance.

It’s so blatantly obvious to me but what I was getting from Barnabas/Maggie + Barnabas/Josette fans I finally talked to was that it was a “preference” or, much worse, a “view point”. No. It’s what is right there on the damn screen.

I shall speak it thusly.

Although, I can see why fans of this canon pairing would prefer to just post photos. They pretty much say it. 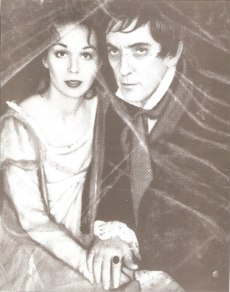 Anyway, I knew that I might finally get some venting about the fans of this pairing feeling ostracised or more angry than I could be. I was just hoping… you know… the venting would end. It surely doesn’t folks! They have got years and decades to erupt over it when given the chance. I don’t blame them, but, you know, it gets to me.

I remember when people watched TV and films to… relax, escape, enjoy life. This stuff becoming that which divides people into weird armies and factions is rather ridiculous. Still, if I didn’t work my tail off scouring enough fans we wouldn’t have the relief that we do. We just needed a few good women.

So that’s the toughest thing to consider how to explain and word properly. Otherwise? I’m more than happy to keep doing the podcasts about the marriage novel, “Margaret Josette Dupres”. The audio drama episode construction goes slowly and the talk for it goes equally as slow to obtain. Who’s in a hurry, though?

After that I’ve been a touch melancholy thinking over the “Big Brother” known as social media. It simply takes all that a person could be, or a group of people, and drains it of life in exchange for cheap dopamine highs. Who someone is or could be just slowly fades into an empty echo. Slave to the machines, they be. Slaves to the company wielding the machine. Humans using brain science to turn other humans into slaves. How free are your thoughts and feelings? How much freedom of choice do you really possess?

They have the one thing you cherish most: your people, your friendships, your family.

(They even put their logos and marks on your favourite food products, among other things.)

And I’m supposed to be “polite” about all this? I think not.

Once upon a time it was the badge of The Elder to say, “We used to have standards!”

I don’t say that. Instead I ask you all, “What are your standards? Do you have any? Where are you coming from?”

I have mine, which is why I get angry and vent what I am angry about. I don’t like to see people turned into slaves, nor harassed into voicing things they don’t believe, much less being scared to talk about a fictional romance they enjoy. Sheesh! I’m trying to imagine being a “Revolutionary” for that in 2005. I rather doubt it would have been as difficult, actually.

Anyway, there is the first “Margaret Josette Dupres” podcast out there for the first five chapters, and I’m working on a second one, and commentary for other people’s work. (Lisa’s chapters are one hell of a treat!) We’re keeping up with the music here, new and old. The workshop podcast with Osheen is still getting listened to, among many others. I would love to know if a pen friend is listening and feels good to hear me thanking them for their support. I really mean that, folks. I do.

Just about everyday I wake up and think, “I wonder who is going to ostracise me today?” It ends up being quite a few people. Plenty has happened that can’t be explained easily, but it can be explained if one listens carefully enough after asking the right questions.

Of course, we have this “instant communication” and all most people do with it is hunt down unreliable sources and not-so-knowledgeable third-parties, when the person of origin is within easy reach. Ah, well. What can you do? Write letters to others who still know how to write letters, or make phone calls to those who can still talk on the telephone. That’s about it. 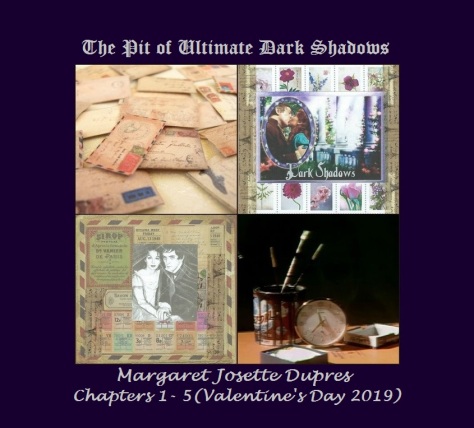 Listeners expecting to hear me swear will be disappointed. This entry is the long-awaited first podcast about the marriage novel, and exploring the chapters of it; one through five.

This audio session goes through, step-by step, discussing what occurs in each chapter, my personal struggles and triumphs through this journey as well as the wonderful discussion that arrived from wonderful friends and kind strangers who granted me a way to stop panicking from lack of talk and finally allowed me to begin sleeping again which had been a problem at the end of 2013 into the beginning of 2014.

Chapters discussed are as follows:

Chapter One – The Wedding Day

Chapter Three – What We Whispered

Chapter Five – Sharing The Past, The Present, And The Future

Background music (which I would love to know that you purchased) for this podcast is: