Howdy all! Plenty of news and if pen pals are reading this, I am looking forward to your letters. Keep circulating the mail.

I’m over my cold/allergy/whatever-it-was, and almost ready to return to (audio) work on Episode 19, “Happy Hour In Hell”. (As well as my librivox commitments. Please don’t be mad, LV. “Crackly Spoilercast” can show y’all what technical problems I was up against.)

Last night I finally finished the rough draft script for Episode 20 in The Pit of Ultimate Dark Shadows, but I kind of don’t want to relay the title. It’s a bit of a dead give-away and I like to surprise you folks.

One part of Episode 20 I would like to relay is, yes, Barnabas gets a scene! Maggie comes to The Old House to consult him of her suspicions about Chris Jennings. Now this is all well and good, except for the fact that I hadn’t worked with the couple in a while. It just about struck me delirious how much romance OOZES out from that pair being in the same room, even with the reincarnation jokes! He can’t keep his hands off of her and she sure as heck doesn’t mind. ❤

The marriage novel of this romance at a much later date, is coming along in little bits. Post-graduate David Collins is a fine tutor, and I believe it’s because he had so much stress in his childhood that made quite a bit of his adulthood pretty easy. Hierarchical school garbage wasn’t exactly going to perturb, nor even interest, him after a family of vampires, werewolves, ghosts, witches and monsters. (He is the son of a Phoenix, after all.) 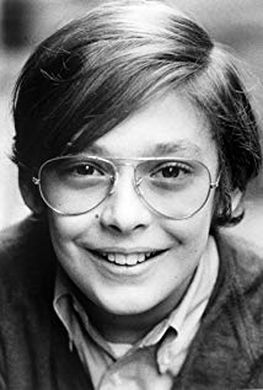 With that there seems to be this parent/teacher conference at The Old House, both sets of parents attending while the kids play upstairs. At some point I expect David will tell Maggie (Josette), Barnabas, Quentin and Angelique, that they should stop looking to him as the one who will eternally carry out the needs of the estate. They’re all immortal and he is not. 😉

If anyone recalls the previous entry? Yes, that *bot* is still tailgating me. I just remove it’s automation like clockwork. But that old Vreenak video sure let me laugh my stress away. I’m very grateful that my cousin showed us that years ago. Endless silly puns and rhymes about fakes was precisely the medicine I needed after that stress. (My husband was a little worried at how much I was laughing, though.)

I’m also watching so many more people around me become very, very, slowly disenchanted by social network schemes and technology trash. “Oh, it’s still good for this little thing, so… you know… it’s not nothing… but… but… well…”

It’s so sad, and rather creepy, to see this super s-l-o-w awakening of realizing what the big con-game actually is/was on them.

I have several podcast ideas while I accomplish other tasks: A Halloween Episode? Melissa’s Interview? Blooper Reel #3? MJD podcast? The list is rather endless for ideas of what to pursue…

The main thing to understand is that the old ways of communication are returning. I am enjoying my time finally being a part of it again and I entreat you to join me in that.

Though nothing can bring back the hour
Of splendour in the grass,
of glory in the flower,
We will grieve not, rather find
Strength in what remains behind…

Well, that was absolutely aggravating!

What I figured was some creepy woman tailgating me on WordPress with following my web-log since July 28th, no matter how many times I removed her “follow” and it turns out to be a fake account by Amazon (like they aren’t BIG enough already?) doing some advertising for some random option to make even MORE money.

Jeez, people. Be happy with the money you have!

It’s making me miss the times when Barnes & Noble was the bookstore that was getting too big. Ugh… 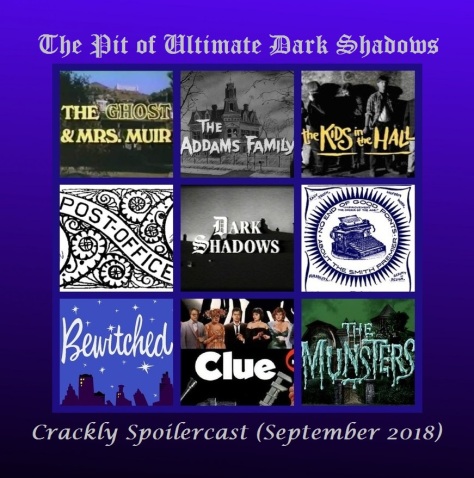 If you listen to old vinyl records this probably won’t bother you. I cleaned it up the best that I could, so this is a good example of my technical problems! Basic updates with how I’m looking at the social media concerns versus the human requirements included.

Touching on +The Reluctant Vampire+ component with Barnabas and going further with that topic. More discussion of what’s coming up in Pit Episode 19 “Happy Hour In Hell” as well as how it correlates with the original series, so there are some parallels between the original DS and The Pit to keep in mind. Plenty of keeping up with the other shows, including The Kids In The Hall, and Bewitched. Delving into Angelique’s troubles and how they work.

Relating where Endora is going with her understanding of Angelique. Bringing in The Jennings, Bill Malloy and Elizabeth Stoddard, more Carolyn and Carolyn (Stoddard and Muir). Mixing up components between The Ghost and Mrs. Muir with Dark Shadows between various characters as well as Captain Gregg and Sarah for episode 20 in The Pit. Plenty of jumping through hoops between characters. (Y’all know how fast my brain works by this time, right?)

The toxicity of discussion via social media versus the correspondence skills with pen friends and how many people, who were also looking for pen pals, were suffering from what has been happening this decade. How so much ties in with The Beatnik movement against “planned obsolescence” along with the mid 20th century changes happening after World War II. Canon pairings and non-canon pairings preferences in fanwork including a new discovery for Jo March in “Little Women” from an old friend.