If you want more from the audio drama The Pit of Ultimate Dark Shadows please go to this link.

Until then, we have a few (faux) words from our beloved and tired-out actor:

“Hello. My name is Jonathan Frid… and you know? Some people give a shit about PBS and pledge a donation. Maybe if you care about quality programming and want to earn a coffee mug or a picture with my face on it? You should get out your checkbook and do something about that.

(I pick my nose in this episode, you know.)

Meanwhile, I think I’ll go to Horton’s and be smug about this promo.” ❤

[I made all of that up, just in case some folks were less the wiser…] 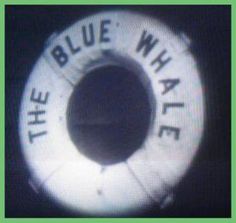 For the people out there who want to talk, who want more, who love The Pit of Ultimate Dark Shadows: This is for you.

Don’t listen thinking, “This will get people moving.” No. It’s for you the listener: The fan, the one who wants to be engaged and interactive. I hope it helps. Good luck.

… and my series is over four years old.

If anyone has perused the other blog (the only difference in the URL is the word “the” at the beginning) you likely recognize how long I’ve been working on this project. I managed to find almost all of the dates to both the scripts and the audio uploads.

Meanwhile I am continually haunted by what we’ve become as people. I have fans that love the work but are afraid to discuss what they like or even admit to having listened or read. I suppose I find that bizarre because I’ve already learned what I needed to know about likes, dislikes and personal choice.

We all have been very corroded by the pretense of either a critical attitude or a biting wit. Too often we see this as how to live. The same problem can happen when we consume too much media entertainment that either shows such behaviour or shows constant conflict and riled emotions. That exposure creates a feeling that it’s how life is meant to be lived. I got caught up in that long ago and I learned to change.

How did I do that?

I looked for material that would make me feel better, more relaxed, calm stories that dealt with a structured life like Miss Read’s Fairacre Series or L.M. Montgomery’s many books. And then I went to libraries, bookstores, gutenberg.org and? I found more, and more, and more. The lives are gentle and fun is had. The characters feel very real and they move in the old-fashioned ways we keep missing. There is conflict, usually the weather or something in nature giving the characters trouble. Sometimes it gets risky, a wagon wheel collapses, a bad illness or a death comes. But these things are rather likely in real life. Nothing constant in conflict as some of the stuff advertised to me like “Berkelley Square” or “Downton Abbey”. You see clothing that often portrays a time period where things are more simple and then have the stress roller-coaster from Hell, but like a train wreck you don’t look away. Ugh! Glad I learned how to shut off the machine and return to Fairacre again and again. Reading and listening and sewing. Very meditative and soothing.

I never complained much about entertainment when I got that far. And here I am surrounded by people who do nothing but complain about entertainment. Jonah told me about a video in which a pop star did a tribute to the late David Bowie and underneath were gobs of angry people mouthing off about how terrible it was. Then he told me, “They turned it on of their own volition and sit there complaining about it! Why don’t they go and listen to their f***ing Bowie records if they don’t like this tribute? Or take a guitar to the street corner and play some Bowie song they like?!”

I guess it goes back to that school mentality, being the cool-kid in school means you have to behave like some big-shot who disses on almost everything. I used to watch “friends” swear up a storm about “that stupid band” after a month of complete adoration with their music. It’s so messy. Me? I like The Spice Girls, I went to see them, all five, in concert. I also went to see Robyn Hitchcock perform.  I don’t mind admitting to loving something “un-cool” or “unpopular”. Who do I have to please in personal interests? Myself.

I like a lot of music, and I have a lot of moods and ranges. If I don’t like it I either turn it off or turn to something else.

Facebook doesn’t allow us that choice, does it? We want to keep up with friends but now it’s just link sharing and going through everyone’s clutter of it in a scroll. The personal news has diminished greatly. That’s a horrible thing to do to your friends, you know? Peer pressure of a network, and then peer-pressure of how to feel about entertainment, or anything else. And… you say… you’re busy??? You don’t have time to type out some commentary on what you enjoy but you’re sitting there doing that all day and night? (Anyone remember all those emails we used to forward to each other? I got real sick of that too!)

So yeah, bickering about entertainment. How spoiled can we get? I do believe I have the right to complain about my plight in lacking commentary of enjoyment. From several it’s either, “I’ll get to it,” or being harassed by envious jerks, or the very scary stats showing enjoyment or a thumbs up, which is meaningless for reaction most of the time. And? People lying completely that they haven’t really gotten to the work. They write to me and avoid the subject of the entire reason they know me at all: My entertainment. The Pit of Ultimate Dark Shadows that they want more of but do everything in their power to keep me from giving to them. (You guys do understand you’ve been making life Hell over here with that, right? And you’ve been driving our mothers crazy, too.)

Anyway, I keep reviewing the work of new friends, or just something I like. Helena’s stories in the world of “Night Court” are excellent. That show is so ingrained I’ve been able to pay attention but only as long as I’m writing my commentary and interacting with it. I guess that comes from social starvation, too. It’s why I offer review-swaps. If I can’t get what I need then the exchange is good to just find something I can focus on and interact with.

You know much of this radio drama’s fun came from us talking to the characters on TV? We’d make a joke and I’d write it down in my notes. Not all of the notes get used but I sure found some delights. Delights you’ve laughed at and never told me.

The silence is haunting, the lying about being a fan of this new show is creepy, the meme and photo sharing in PM’s or on my wall is rather disturbing, the claims over time that this online and tech-addiction is “great” or “fine” is especially horrifying. The need to do nothing but complain about entertainment is devastating.

I love “Dark Shadows” 2012, actually. It gave me the courage to keep going with The Pit, which did come first, lest we forget. As much as you hate that movie (and I really don’t believe you hate it that much,) it helped to inspire The Pit of Ultimate Dark Shadows, but then again, a lot of things did.

Don’t let the worthless mockers, who are just miserable people, bully you into silence. And don’t let advertisers sway you if it’s not your cup of tea. (And for God’s sake, don’t let my temper flaring be the reason you don’t talk to me about it. It’s the silence, confusion, and avoidance that causes the foul temper.)

Choose your entertainment, choose wisely, choose freely, quit being scared to appreciate things and talk about why, and don’t forget to let your entertainer know what you enjoyed. They love to find out.

Even Lara Parker will tell you, when she discovers you’ve gotten a book that she wrote, “Let me know what you liked.” 🙂

What a nice lady.