Excerpt of a letter from myself to another writer:

Yes, it’s true! I get pretty fractious on “social networks”. People keep inviting me to groups and then when you think you have support all it ends up being about is photo-photo-photo and I’m like, “This is so infantile. I don’t know what happened to everyone’s cognitive faculties but I’m not encouraging it. I just refuse to cater to such a waste of time.” It’s horrifying to see people fully capable of downloading a great show and when they realize how great it is all they can do is run around all over the internet and like-click everything I’ve posted. That kind of behaviour is just not social. Plus, I mean, I think you might remember this, wasn’t it when you go to someone’s house and then the photo albums come out that was the point at which the guests fall asleep?

“Here’s our vacation in Pittsburg!”

It’s as if all they care about is book covers and never open a book. And they believe they’re being kind by getting others involved in just being idle. I’ve been pleased to get emails from you all saying, “Okay, that was nice, but back to work!”

On top of that a ton of these people are running around in the open air with their devices and phones just flittering an empty moment in time to post it on Facebook with no concern that some of us are stuck at home via computers looking at all this excess.

I’ve thankfully been getting more email and I’m happy with that. The pen pal thing seems in a lull right now. I’m pretty sure what happened is some of the letter writers got greedy or lazy, went online to soak up the show and left me to rot without the correspondence. If this is so? Hopefully there will be some embarrassment when they realize I read aloud what I was getting from their better discourse and they will want to go back to being pen pals again.

Was glad to see celebration for Groucho’s 125th birthday! 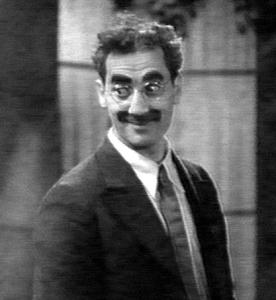 I sure feel like that guy sometimes. He really got mad at audiences that just would stagnate in their seats or do other weird things. I remember in one of my drunken ff dot net rants I posted that Groucho Marx would have dropped cigar ashes on the audience and mooned them by now. Plus people who do like my show blame all the other silent people even though they’re silent too! It’s weird! I guess it’s easier for everyone to deflect to some “unknown” people even though you know they’re spending time asking each other what to do rather than just looking through the Q & A’s and getting it over with. It’s a lot more fun to listen to the show and answer the flippin’ questions than sit around on DS pages bickering with fans who don’t agree with them.

Here is another thing that irks me. I keep getting these sheltered, naive people who have all these problems with reincarnation, or whatever. Why the heck did they ever watch Dark Shadows to begin with??? It’s like, “Dude. Go read some Pride & Prejudice or something! Or Little House on The Prairie!”

One chik got all weird on “Margaret Josette Dupres”. I asked her why she was even interested if it conflicts with her faith. “I like Barnabas and Josette.” Fair enough. That ended amicably with me basically saying, “Okay, I don’t think we can help each other. All the best.”

And even still what Barnabas and Josette stuff that finally has come out is supernatural. He’s a vampire, or they’re both vampires, or like in “Thicker Than Water” they deal with his curse and work around it. Or “Role Reversals” which is Josette as the vampire and Barnabas is David’s tutor. We finally get those stories and they all have something supernatural going on.

However, I must admit it’s nice they finally are out there. It was dry as a bone when I did my five year combing of all the “blah” stuff. (And honestly most of the Julia/Barnabas went right over my head. I combed looking for relief so anything I found that might have had Julia/Barnabas as a couple went past my purview because I was looking for Sam Evans alive with Maggie as Josette and I never found anything.)

YAY! “Night At The Opera”. Wow. I remember being in my teens and finally watching that one. It was like when I was seeing “Clue” for the first time. I kept flipping back to stuff that was making me practically wet myself.

Harpo running up the damn tapestry was to die for.

And then when the lights go out on stage and that wonderfully operatic voice breaks into a gag!!! I don’t know why those bits.

Or Groucho saying, “Do you sleep on your stomach with such big buttons on your pajamas?” LOL!

Or “Hey, you big bully. What’s the idea of picking on that little bully?” It’s such a damn curve-ball!

Did I tell you I taught an English class and I worked in themes and one of themes was “Marxism”? That was good. There is a great play by John Kessel in a collection of his and it’s called “Faust Feathers”. It’s in his book “The Pure Product”. If you can find that at a library it’s wonderful. I used that in my class and everyone had a part just reading out loud. 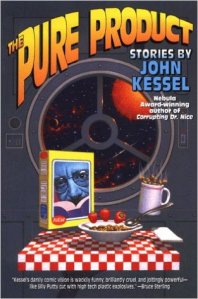 Glad to hear you’re looking forward to more of The Pit. You know, becoming Beetlejuice is scary for me to do! I’m glad I’m done with most of the acting for right now. What’s nice is you think his voice is deep but it really isn’t. So far the dialogue between him and Barnabas is near perfect. They can interact and it’s amazing. I’m just stunned it sounds so well.

And THANK YOU for wanting more Tony & Carolyn. I love all my couples and sometimes I’m happy as hell to have Josette and Barnabas all cozy at home and that helps me sleep at night, but darn it, I want more Tony & Carolyn and I want to put in “Groovy Kinda Love” for them. And I REALLY want that proposal scene in the radio drama somewhere! Ooo! I just got chills! Thanks for guiding me to that lovely thought. And I do need to think of getting Episode 16 done so I can share some scenes from 15. Angelique whipping Blair’s butt at gin-rummy and other stuff had my husband and I falling down and losing bladder control back in 2013. It was the biggest hurt in the best way.

Okay, I hope that assuaged any worry about me from my pissed off Facebook posts. I’m good when there is more human interaction and stuff!